Mr. Ruvin was first elected to public office in 1968 at the age of 30, serving as Mayor of the City of North Bay Village. In 1972, he was elected to the Metro Dade County Commission where he served as a Commissioner for twenty years focusing on environmental and technology issues.

In 1992, Clerk Ruvin was elected to the Office of the Miami-Dade County Clerk of the Courts.  He has been re-elected five times, leading the ballot in 2016 with the largest vote total in South Florida’s history.

Over the course of Clerk Ruvin’s career he has been the recipient of several prestigious awards and achievements. 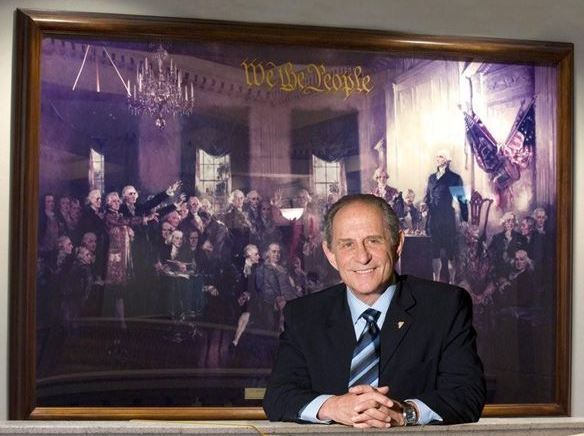 1981 and 1985
Clerk Ruvin was the recipient of the Tropical Audubon Society Conservation Award.
1987
Elected by his peers, then Commissioner Ruvin served as President of the National Association of Counties (NACO) representing America’s 3,200 county governments.
Recipient of the Miami Beach Chamber of Commerce “Man of the Year Award”
1989
Harvey Ruvin was named “County Leader of the Year” in the nation by American City and County Magazine.
1990
Clerk Ruvin, was honored when “Naples”, a rescued West Indian manatee gave birth to a male calf and the Miami Seaquarium. The newborn calf was named “Harvey” in recognition of the commissioner’s work on behalf of the endangered species.
2003
Clerk Ruvin received the prestigious Washington-based Public Technology Institute award naming him the “2003 Public Technologist of the Year” in America citing his highly successful efforts to employ emerging technologies to reengineer government processes, eliminating paper and achieving fiscal savings and efficiencies.
2004
Having made an effective transition from a county legislator to an extensive administrative role, received the much coveted “2004 Public Administrator of the Year” awarded by the South Florida Chapter of the American Society for Public Administration (ASPA).
Clerk Ruvin won Computerworld Magazine’s “2004 Medal of Achievement” for utilizing technology to achieve massive savings and enhancing the public’s accessibility to records.
2008
Clerk Ruvin received the “Defender of the Everglades Award” by the Marjory Stoneman Douglas Friends of the Everglades.
2009
Clerk Ruvin was named the Inaugural Recipient of the “Reitmeister-Abess Award” for Environmental Advocacy by the University of Miami Abess Center for Ecosystem Science and Policy.
2016
Clerk Ruvin received ASPA’s coveted award as South Florida’s “Elected Official of the Year”.
2019
Clerk Ruvin was the recipient of the “Lawrence Jessup Community Service Award” by the Biscayne Gardens Chamber of Commerce.
In addition to those listed above, Clerk Ruvin has received numerous environmental service awards from the Sierra Club as well as from the Environmental and Industry Association.

2020
Miami-Dade County Clerk of Courts Harvey Ruvin is the national recipient of the American Bar Association’s prestigious Robert B. Yegge Award, for his trailblazing and transformative work in the field of judicial administration.
During his 20 years as a County Commissioner, Harvey Ruvin sponsored: