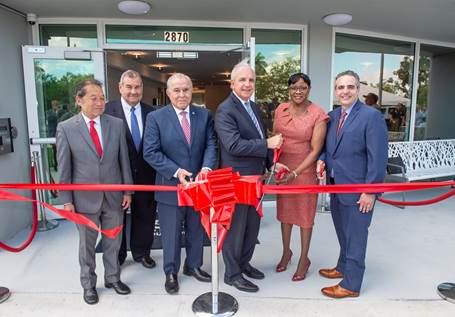 “I am very pleased that finally we are on our way to refurbishing Three Round Towers, one tower at a time,” Chairwoman Edmonson said.  “Now our elderly will have working elevators and brand new units. This project didn’t come about without a bit of aggravation, broken elevators, outdated appliances and interior spaces.  However, renovating a 49-year-old structure is no easy feat, but this team and your patience are doing it with care – one building at a time. All tenants have moved back to a state-of-the-art unit and facility with new ‘everything.’ For that, we all have a reason to applaud.”

Three Round Towers, originally built in 1970, is comprised of three towers on 6.98 acres. The current project includes a major rehabilitation of Tower A, which contains 128 public housing units. The public-private project cost was $15,551,488; the County’s Surtax contribution was $4 million and the estimated annual operating and capital fund subsidy is $385,521.Construction of the project began on October 31, 2017, and all residents returned to their rehabilitated units by December 26, 2018. The project also included refurbishing the Towers’ Malcolm Ross Senior Center/Community Center. 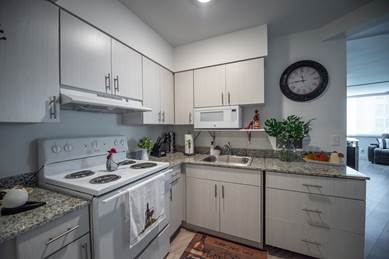