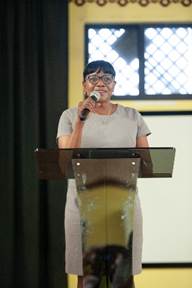 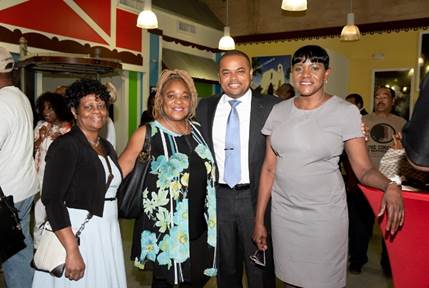 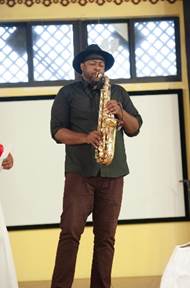 In the photo at left, Chairwoman Edmonson addresses participants at the Haitian Heritage Month celebration in Little Haiti. In the center photo, she is joined by
Miami City Commissioner Keon Hardemon and others. At right, Will Marcelin performs for the crowd on saxophone.

The event featured traditional Haitian cuisine, a Haitian art sale and live musical entertainment, including a dazzling performance by saxophonist Will Marcelin.

“Our Haitian brothers and sisters have brought so much to this community – their culture, art, music, dance, passion, knowledge, cuisine, talents and so much more,” Chairwoman Edmonson said.

Chairwoman Edmonson was one of the prime sponsors of the 2013 County Commission resolution that declared the month of May as Haitian Heritage Month in Miami-Dade County to celebrate the contributions of Haitians and Haitian-Americans. May is of historical significance to Haitians because it’s the birth month of Haitian revolutionary leader Toussaint Louverture as well as the month when Haitians celebrate Haitian Flag Day. In 1998, Boston became the first city in the United States to celebrate Haitian Heritage Month.