Chairwoman Edmonson warns against gunfire on the Fourth and beyond 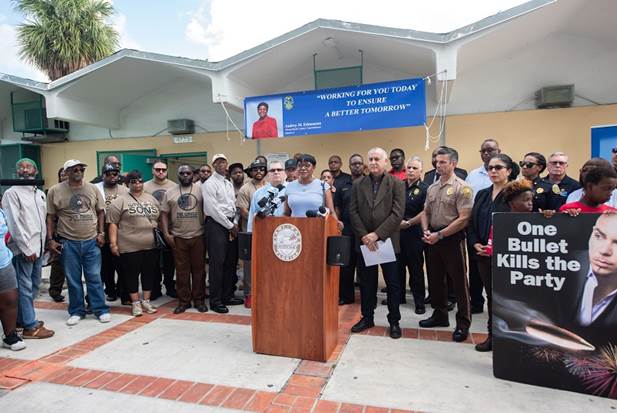 Chairwoman Edmonson speaks at her annual “One Bullet Kills the Party” press conference.

MIAMI – Miami-Dade County Commission Chairwoman Audrey M. Edmonson on July 3 urged the public to avoid celebratory gunfire during Fourth of July celebrations, while calling on residents to work together to end the plague of gun violence.

The message was delivered at her annual “One Bullet Kills the Party” press conference, where she was joined by County Commissioner Esteban Bovo Jr. and representatives of the police departments of Miami-Dade County, the City of Miami, and Miami Gardens to remind people that “what goes up must come down,” and that a bullet fired into the air in celebration can kill someone when it falls.

Also attending the press conference, which took place at Marva Bannerman Park, were children from the Fit 2 Lead youth enrichment program, as well as members of the Circle of Brotherhood and other community organizations participating in the County’s Group Violence Initiative to reduce gun violence.

“Although we’ve made headway in curtailing citizen shootings, one life lost is one life too many,” Chairwoman Edmonson said. “With the help of our law enforcement agencies, we are sending a strong message that we will not stop until every child, every resident and every visitor feels safe in our community.” 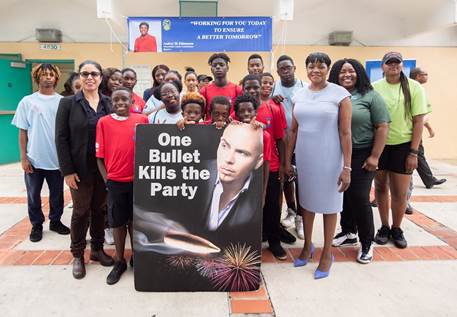