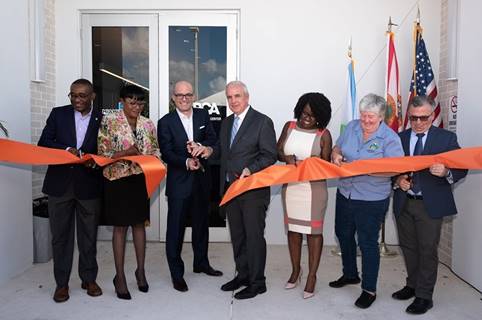 Chairwoman Edmonson, second from left, joins other County and ASPCA officials at the ribbon cutting for a new veterinary facility in Liberty City. (Photos by Armando Rodriguez / Miami-Dade County)

The new facility will provide spay/neuter surgeries and other preventive and basic veterinary care for animals at reduced or no cost to Miami-Dade County pet owners.

The center is the result of a public-private partnership between the County and the American Society for the Prevention of Cruelty to Animals. The ASPCA paid for half of the construction cost, saving the County taxpayer dollars, and will run the center.

The facility fills an important need in the area, which lacked veterinary service providers despite one of the highest rates of strays in the County. According to Chairwoman Edmonson, who sponsored the 2016 County Commission resolution that established the partnership to build the center, it will serve the residents of Liberty City, Brownsville, Allapattah and Little Haiti. 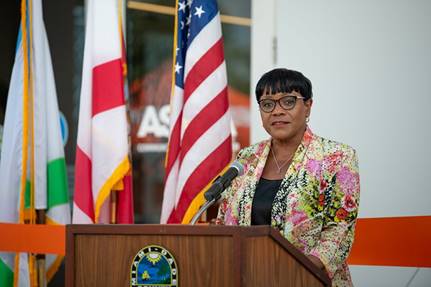