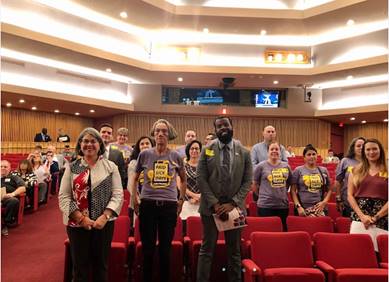 MIAMI-DADE – Today (Feb. 13), legislation proposed by Commissioner Daniella Levine Cava to extend earned family and sick leave to employees of businesses who do work with Miami-Dade County was deferred in committee.

“This fight should be about the basic rights of workers, not government process,” said Commissioner Levine Cava. “Families should know that we have their backs, and today, I was disappointed that my colleagues were not ready to stand with our community’s working families, as indicated by their vote to defer.”

“I look forward to working with the other commissioners to address their concerns about the legislation. At the end of the day this is about the dignity of work and basic human rights, and I will not stop until we do what’s right by our workers.”

The policy would impact hundreds of workers who provide security, food and other services on behalf of the County. Without earned leave, those workers have to choose between forgoing a day’s wages – and sometimes risking losing their job – if they need time off to care for a sick family member, aging relative, a new baby, or themselves.

“It’s in the public’s best interest to have healthy security officers and other workers who provide crucial services to the County,” testified Roosevelt Derameau, a security agent at Miami International Airport, during the hearing. “If I’m sick or I’m worried that my baby is home with a fever, that takes away from my ability to be operating at 100 percent when I’m guarding the airport. Having paid sick days allows us to take time off so we can come back to work healthy, refreshed, and ready to give it our all.”

The legislation is supported by a broad coalition of labor unions, workers, and faith and community leaders in Miami-Dade, and follows a growing number of communities (as well as the federal government) who are requiring contractors to provide employees with paid leave. It applies only to county contractors with 15 or more employees, and contracts worth $100,000 or more, to avoid negatively impacting small businesses seeking lucrative County contracts. 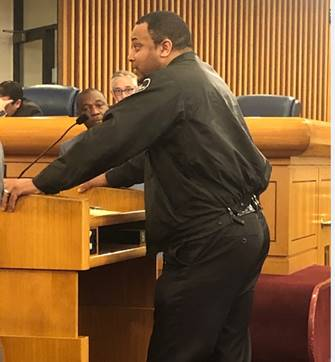 Roosevelt Derameau, a security agent at Miami International Airport, testitied in support of earned leave as a public safety issue. 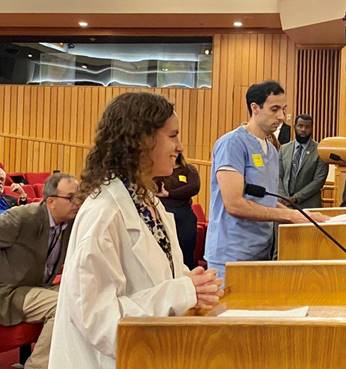 Medial professionals spoke out in support of earned leave for working families.