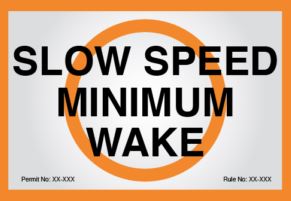 MIAMI-DADE – In an effort to address unsafe boating behaviors in canals throughout Palmetto Bay and Pinecrest, the Miami-Dade Board of County Commissioners today approved Commissioner Daniella Levine Cava’s legislation revising safety zones and speed restrictions on the C-100 canals east of US1.

The ordinance establishes slow speed zones and a vessel exclusion zone within 300 feet of a flood control structure. Also, the order will allow the County to obtain the necessary permits from the Florida Fish & Wildlife Commission (FFWC) to post slow speed, minimum wake signs along the canal.

Commissioner Levine Cava introduced the ordinance in response to the growing frustration of Pinecrest and Palmetto Bay residents who often experience dangerous behavior on the canals that are essentially their backyards.

“Unfortunately, some of our canals had become a magnet for reckless behavior and a safety hazard for residents and boaters,” said Commissioner Levine Cava. “We’re now providing a balance of opportunity for all boaters, kayakers and paddle boarders to access the water for recreation, along with the right that our residents have for the peaceful enjoyment of their property.”

“This ordinance has been a long time coming,” said Village of Palmetto Bay Mayor Karyn Cunningham. Providing slow speed signs in the ‘area of low-clearance bridges, flood gates and the many sharp bends’ in our canal system will assist in reducing some of the issues as it relates to safety of our residents and boaters, as well as help to address canal erosion. We are appreciative of Commissioner Daniella Levine Cava and her staff for working diligently with the community to make this a reality.”

The Board previously passed a similar ordinance, but after gathering significant input from the FFWC, Commissioner Levine Cava proposed revisions based on those recommendations. The revised ordinance provides a uniform standard throughout the C-100 system and is limited to canals that are 75 feet or less in width and includes the County’s secondary canals that were accidentally excluded in the earlier ordinance.