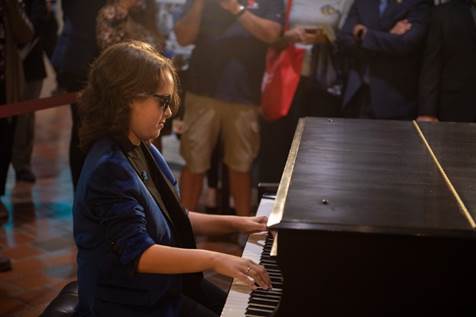 The performance by the child piano prodigy, who has autism, was the highlight of the annual event, which also featured “Hope, the Blue Robot,” an autism awareness puzzle completed by County Commissioners and Mayor Carlos A. Gimenez; a keynote address by Marino Campus hospitality student Armando Luis; and a first-ever Autism Resource Fair featuring a number of advocacy organizations, including the Dan Marino Foundation, HDS Foundation, Vocational Rehabilitation and Bryan’s Art Foundation.

The event marked the 10th anniversary since Commissioner Diaz sponsored the 2009 County Commission resolution that declared April as Autism Awareness Month in Miami-Dade County in order to raise awareness about the neurobiological disorder, which impairs communication skills and social abilities and is estimated to affect 1 out of every 59 children born in the United States.

“While we continue to make strides, we can always do more as a community, which is why this year we decided to add a resource fair to help families get crucial information about autism,” Commissioner Diaz said.

A display showcasing the artworks of people with autism and the different stages of autism and programs available for parents will remain in the SPCC lobby throughout the month of April. 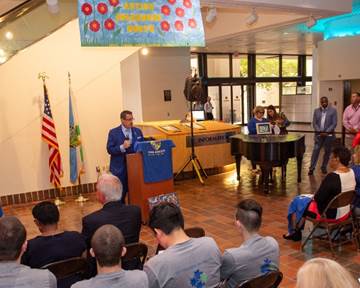 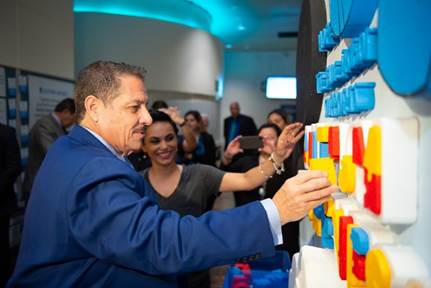 At left, Commissioner Diaz addresses the audience at the Autism Awareness Month kickoff event. At right, he helps complete the “Hope, the Blue Robot” autism awareness puzzle alongside artist Caro Tejada, who designed the piece.