When buying real estate property, do not assume property taxes will remain the same. A change in ownership may reset the assessed value of the property to full market value, which could result in higher property taxes. Please use our Tax Estimator to approximate your new property taxes.

The Property Appraiser does not send tax bills and does not set or collect taxes. Please visit the Tax Collector's website directly for additional information.

The Homestead Exemption saves property owners thousands of dollars each year. Do not jeopardize your Homestead by renting your property.

Before buying real estate property, be aware that non-ad valorem assessments may have a significant impact on your property tax bill.

We will be performing scheduled maintenance on Saturday, October 12, from 12 a.m. to 8 a.m., on our Online Tools which may affect usability.

UPDATE: OUR OFFICES ARE NOW OPEN TO THE PUBLIC BY APPOINTMENT ONLY

To better serve our community, our offices are open to the public with certain limitations due to COVID-19. Our main priority continues to be the safety and well-being of the public.

The Downtown Miami and the South Dade Government Center will be open to the public by appointment only. You may schedule a visit online today. Our regular business hours are 8:00 a.m. to 5:00 p.m. Monday through Friday or you may call us at 305-375-4712, if you have any questions that do not require an in-person visit.

The Property Search allows you to view detailed information for properties in Miami-Dade County.

The Comparable Sales Tool allows you to access and compare real estate sale information for properties in Miami-Dade County.

The Tax Estimator provides an approximate amount of taxes that may be due on a property.

The Tax Comparison allows you to view a property's tax information for the current and previous year and lists changes by taxing district. 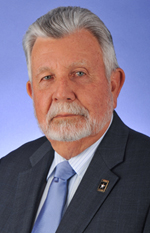 Mr. Garcia has worked in the Florida real estate industry since 1970. He is a State Certified General Real Estate Appraiser and a Real Estate Broker. For more than 35 years, he owned a real estate brokerage and an appraisal firm. Prior to being elected as Property Appraiser, he also served 10 years as Special Magistrate with the Miami-Dade County Value Adjustment Board (VAB).

Mr. Garcia is committed to ensuring fairness and equitable assessments for all property owners. As one of his top priorities, he continues to aggressively pursue and investigate Homestead Exemption fraud to ensure property owners are not burdened with overpaying taxes as a result of those committing fraud.

Mr. Garcia was born in Havana, Cuba, where he attended Colegio Cubano Arturo Montori and the Havana Business University until he left the island. Mr. Garcia and his family have resided in Miami, Florida since 1962. He is a veteran of the U.S. Army, and he is also a member of the American Legion Post 0346. In his spare time, Mr. Garcia enjoys playing golf and fishing.

He and his wife, Amalia, have been married since 1959. They have been blessed with four daughters, thirteen grandchildren and four great-grandchildren.

Back to Top
pa