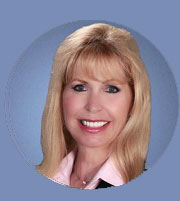 The Honorable Peggy Bell played an important role in shaping the Town of Cutler Bay. She served on the first Town Council in 2006 and was re-elected in 2010, serving as a Council Member until 2014. Later, she was elected as the Town of Cutler Bay’s first female Mayor in 2014. Hon. Bell served as Mayor until she reached her term limit in 2018.

Hon. Bell attended Cosumnes River College in Sacramento, CA. and Miami Dade College of Nursing in Miami, FL. She also has been a licensed Florida Realtor for 20 years.

“ln my capacity as an elected official I often interacted with the CITT and was impressed with the dedication and professionalism of the members charged with making the important decisions affecting Miami Dade County,” said Hon. Bell. “As a resident of District 8 for over 35 years, I have seen the many transportation needs and how they have been addressed since the CITT was formed. I believe my 13 years as an elected official in this district, along with my transportation advocacy, can be of assistance to the board.”