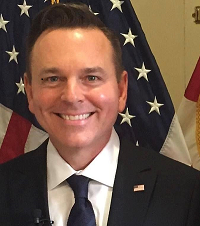 Previously, Mr. Wolfarth served on the City of Miami Beach Planning Board and on the Board of Directors of the Miami Design Preservation League. Mr. Wolfarth brings to the CITT over three decades of entrepreneurial experience as a real estate professional. Throughout his career in the private sector, Mr. Wolfarth has been responsible for the development of several thousand housing units, including affordable housing along transit corridors.

Mr. Wolfarth is a Miami-Dade County native and resides in Miami Beach.

Mr. Wolfarth was elected by Trust members to serve as the Second-Vice Chair of the Transportation Trust.