Eulois Cleckley serves as the Director and CEO of the Department of Transportation and Public Works for Miami-Dade County. As Director and CEO, Cleckley oversees the 15th largest public transit system in the country and the largest transit agency in the State of Florida. With approximately 4,000 employees, DTPW is one of the largest departments in Miami-Dade County government serving a population of 2.8 million residents.

Cleckley was the previous Executive Director of the Department of Transportation and Infrastructure (DOTI) for the City and County of Denver. Cleckley led the creation of DOTI, and as Executive Director, he ran one of the city’s largest and most dynamic departments focused on modernizing Denver’s transportation system, constructing public facilities, maintaining sanitary and sewer systems and providing solid waste removal, recycling and composting services.

Cleckley previously worked for the Houston-Galveston Area Council (HGAC), where he served as the Deputy Director of the Metropolitan Planning Organization which covers the eight-county Houston-Galveston region and provided overall strategic direction related to city and regional transportation planning, project development and implementation.

Prior to his work with the HGAC, Cleckley served as Chief of Statewide and Regional Planning, and later acting Chief of the Field Operations Division, for Washington, D.C.’s District Department of Transportation (DDOT). His previous experience includes private consulting for local and state governments and working as a transportation specialist at the United States Department of Transportation (USDOT) and serving as the founder and CEO of a non-profit organization focused on community and business engagement.

In June 2020, Cleckley was unanimously elected to serve as President for the Colorado Chapter of the Conference of Minority Transportation Officials (COMTO), a national not-for-profit organization founded in 1971 and established to provide a forum for minority professionals in the transportation industry. 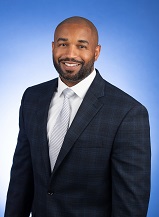