Miami-Dade County's sole source for drinking water is ground water from wells. The wells feed the Hialeah and John E. Preston, and Alexander Orr regional water treatment plants and the South Dade Water Supply System, which is comprised of five smaller water treatment plants that serve residents south of SW 264th Street in the unincorporated areas of the County.

Because our water supply is a limited natural resource, it is imperative that we all become conservation minded to ensure that we have safe drinking water for ourselves and future generations. 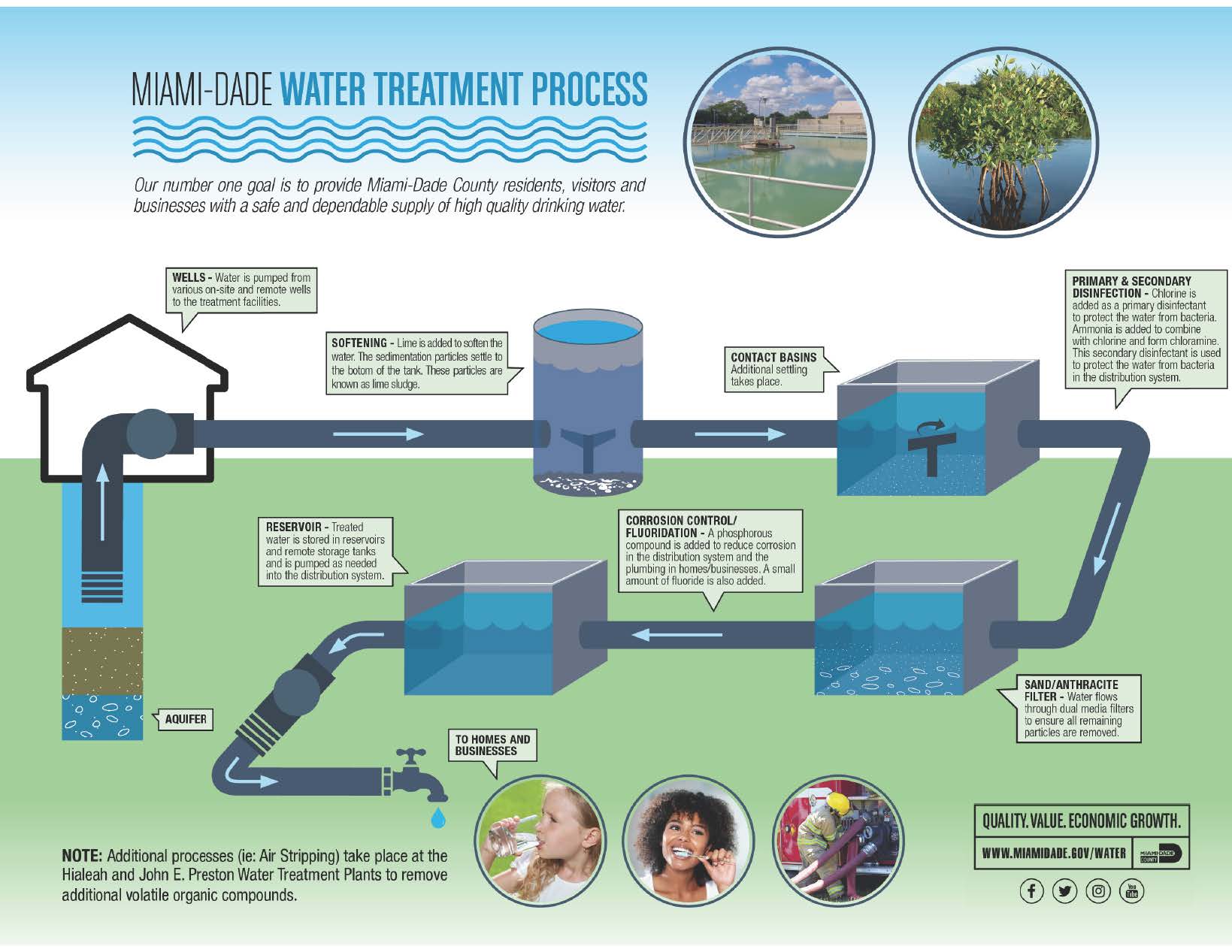