We can always use the help of ordinary citizens, and with about 2,000 unsolved crimes in Miami-Dade County, you may be able to help us solve a case. Click on the links below for information on some of our cold cases, and perhaps you can help bring justice to the families of these victims.

The cold cases below are for crimes that occured from 2010 through the present day. Click on any photo to see the larger version. 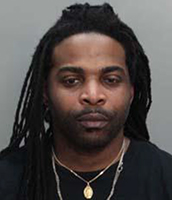 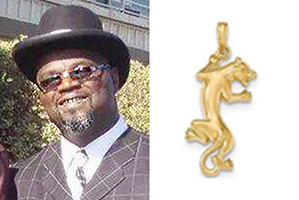 Narrative: The victim who was employed as a Miami-Dade County Correctional Officer at Metro West was discovered lying in his driveway by a neighbor after the neighbor heard gunshots. The victim was off duty and had just returned home from dropping his children off at a movie theater.

According to the wife, the victim is missing a pendant similar to the one depicted next to his picture.

Narrative: At the above time, date, and location, the victim was shot and killed by person(s) unknown utilizing assault type weapons. Three other victims were struck by gunfire and survived their injuries. The victim was transported from the scene to a nearby hospital where she expired from her injuries. It is believed that the victim was not targeted by the subjects but was an innocent victim.

Anyone with information on any of our cold cases is urged to call Crime Stoppers or send an email to the Homicide Bureau.