The cold cases below are for crimes that occured from 2000-2009. Click on any photo to see the larger version. 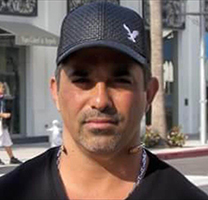 Narrative: At the above time, date, and location a neighbor returned home and observed the victim lying in the swale area suffering from a gunshot wound. Investigators conducted a canvass of the neighbors in the immediate area; however, that met with negative results as no one heard any gunshots that evening. Investigators discovered the front door to the victim's residence was open; however, there was no evidence the house had been ransacked. 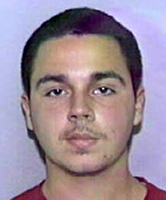 Narrative: On Saturday, May 3, 2008, at approximately 3 a.m., the victim along with Rodriguez-Garcia were speaking to two females when a dark-colored vehicle approached them. An unknown black male exited the driver's side of the dark vehicle and asked the victims if they had any "weed." The victim's told the black male they did not have any "weed," and almost immediately, the black male began to fire gunshots at them. The victim expired on the scene. 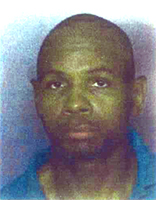 Narrative: At the above time, date, and location two black males wearing gloves and masks entered the above residence in order to commit an armed home invasion robbery. During the course of the robbery the victim was shot and later expired from his injuries.

Narrative: On September 2, 2006, at 10:00 a.m., a citizen observed the victim lying beside a canal at the above location. Further investigation revealed that the victim had been murdered.

Narrative: Michael Pringle and his girlfriend, Tanishia Elliott, were sitting in their vehicle on NW 19 Avenue, waiting for the traffic light to change on NW 103 Street. The victims' vehicle was facing southbound on NW 19 Avenue at NW 103 Street, when an unknown vehicle drove up to the driver's side of the victims' vehicle. Unknown person(s) opened fire with an assault rifle on the victims, striking them numerous times. 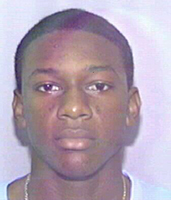 Narrative: At the above time, date, and location the victim was in the front passenger seat of a vehicle which was in the drive-through line at the Checkers Fast Food Restaurant. An unknown black male subject who was armed, robbed the driver of the vehicle. When the subject attempted to rob the victim a struggle ensued. The victim pursued the subject on foot and tackled him to the ground. As the victim and subject were getting back on their feet the subject then shot the victim who died from his injuries. 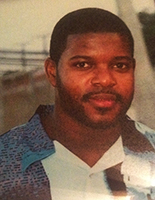 Narrative: At the above time, date, and location the victim was discovered deceased inside of the trunk of a 2005 Black Kia Amanti 4-door vehicle which the victim's girlfriend had rented for him.

The victim had not been seen or heard from since March 11, 2005. The victim was on Federal Probation for Armed Robbery and he failed to appear in court on March 15, 2005, for a Probation Violation hearing. Allegedly, Smith had been involved in acts of street violence in the central area of Miami-Dade County.

Narrative: On Sunday, May 25, 2003, the victim went with friends to South Beach to celebrate the festivities during Memorial Day weekend. She returned home the following morning at approximately 6:10 a.m. Communications records indicated there was a 911 hang-up from the victim at 6:51 a.m. on Monday, May 26, 2003. There was a second 911 call at 6:54 a.m. during which time the victim indicated she had been stabbed by a black male intruder who was unknown to her.

The victim was airlifted to Jackson Memorial Hospital Ryder Trauma Center, where she was pronounced deceased at 8:24 a.m. The victim was a recent graduate from Florida State University with a Bachelor's Degree in Criminal Justice. 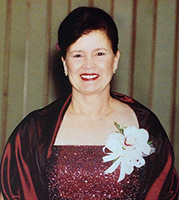 Narrative: The victim had not been seen by neighbors or family since Saturday, 05/24/03, at 9 p.m. On 05/25/03, the victim's daughter responded to her residence with an emergency key to check on her welfare. The victim was discovered deceased inside her residence. The victim's death was determined to be a homicide. There were no signs of forced entry, and nothing appeared to be missing from the apartment. 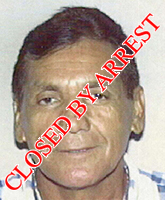 Narrative: On Wednesday, November 6, 2002, at approximately 6:35 P.M., the victim was approached by three black males who asked for directions. The subjects drove away in a grey Ford Focus but returned a short time later. One of the subjects exited the vehicle, produced a handgun, and announced a robbery.

The victim grabbed the firearm and during an ensuing struggle was shot in the abdomen. The victim was transported to the Ryder Trauma Center where he lapsed into a coma. He remained in that condition until he expired on December 18, 2002.

Update: During a review of old open homicides the evidence in this case was re-submitted for DNA analysis. DNA standards of a subject were matched to evidence impounded from the original crime scene. On Friday, May 7, 2014, the subject whose DNA was matched to the evidence was located and interviewed; whereupon, he confessed to investigators in taking part in the robbery/murder of the victim. 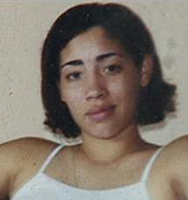 Narrative: At the above time, date, and location, the victim's body was discovered deceased inside a suitcase. The investigation revealed the victim was last seen alive on April 11, 2001, leaving a movie set of the Mohammed Ali movie located at NW 12 Avenue and NW 55 Street in her 1998, white, four-door Honda Civic. The victim's vehicle was later located at her residence at 3285 Fox Cove Road, Apt. #E-208, in Miramar, Florida.

The victim had been in a relationship and was experiencing domestic related problems with this individual. The ex-boyfriend has refused to speak with investigators.

Narrative: At the above time, date, and location an apparent home invasion robbery occurred in which the victim was killed. Investigators learned that narcotics were being sold from out of a van, which was normally parked in the driveway of the residence. Investigators do not believe that the victim was involved in the sale of the narcotics and was an innocent victim. Witnesses observed two black males fleeing from the residence in what was described as a gold, 1990's, four-door Mazda.