The cold cases below are for crimes that occured from 1970-1979. Click on any photo to see the larger version. 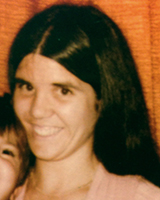 Narrative: On Sunday, November 25, 1979, between 10:30 a.m. and 11 a.m., the victim was enroute to 2651 N.W. 13 Street, # 54, with her brother-in-law, Sergio Rodriguez, to pick up her children. During the drive to the above address an argument ensued; whereupon, the victim exited the vehicle in the area of N.W. 27 Avenue and 20 Street. The victim was not seen or heard from again until her body was discovered. 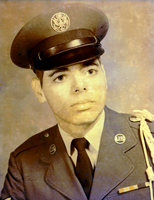 Narrative: The victim was last seen alive by his sister on March 2, 1979, at her residence and was told by the victim that he was on his way to see a friend who owed him money in regards to a marijuana deal. The victim was discovered deceased inside his residence at 20420 Marlin Road by a friend on March 3, 1979.

Narrative: At the above time, date, and location, neighbors of the victim heard a gunshot. As neighbors arrived at the victim's apartment they noticed a white male and white female running from the area, and entering into a small dark colored vehicle of "sporty appearance." The victim's front door was open and the victim was discovered deceased inside the apartment. 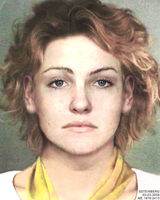 Occurred: The victim's body was discovered on Tuesday, September 4, 1979, at 7:30 a.m., at the Biscayne Garden Apartments, 15555 N.W. 2 Avenue, Miami, lying near a garbage dumpster at the rear of the apartment complex.

Narrative: The victim's body was discovered by residents of the apartment complex. It appears that the victim was killed at another location and dumped in the area where she was found. 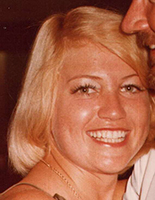 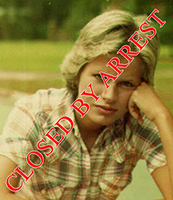 Narrative: The victim was discovered deceased inside her residence at approximately 7:00 p.m. at the above time, date, and location. The victim had been beaten and shot to death. The victim was last seen alive on Thursday, August 4, 1977 at 7:30 a.m. as she was leaving work. The victim was an I.C.U. nurse at Coral Gables Hospital.

Narrative: At approximately 10:45 p.m., on Monday, May 30, 1977, the victim's wife went into the kitchen of their home and was confronted by a black male approximately 30 years of age, 6'1", 180 pounds, dressed in a black T-shirt with black pants. The subject struck the wife and she began screaming at which time the victim who had been sleeping in his bedroom came to his wife's aid. A struggle ensued and the victim was stabbed multiple times causing his demise.

It is believed the subject fled the area in 1968 Chevrolet Impala or Mercury Monte Carlo, two door. 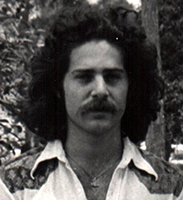 Occurred: The victim's body was discovered on Thursday, December 25, 1975, floating in a canal in South Miami-Dade County.

Narrative: On the above time, date, and location, the victim's remains were recovered in a canal which runs parallel to Cardsound Road, 5.8 miles south of U.S.1. He remained unidentified until April, 1976.

Upon learning the victim's identity the investigation revealed he was a part of a drug organization operating out of Miami-Dade County. Others who have been identified as belonging to this drug organization have either refused to speak to authorities or have been killed themselves. 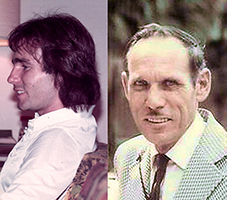 Narrative: At the above time and date the victims were discovered deceased inside of their residence located at 10720 S.W. 43 Lane. Several neighbors indicated gunshots were heard on Thursday, October 9, 1975, between 8:30 p.m. and 10:30 p.m.

The motive of why both victims were murdered is still unknown. Clarence Gehrke worked for the City of Miami as an inspector for the Public Works Department. Brian Gehrke worked as a carpet installer for a local company.

Occurred: The victim was discovered deceased on Sunday, August 17, 1975, near a rock pit located at approximately SW 135 Avenue and 56 Street.

Narrative: It was reported on the morning of August 17, 1975, Esmeralda Gordon had driven from her home located at 691 NE 69 Street, Miami, Florida to the Southwest area of Miami-Dade County in order to check several garage sales which had been listed in the newspaper. Her deceased body was discovered at 2:50 p.m. at the above location. According to reports, the victim had returned home from the garage sale and was enroute to J.C. Penny's to go shopping. She was never seen or heard from again until her discovery.

Her 1972, Chevrolet Vega was located on Tuesday, August 19, 1975, parked in a parking garage near Burdines at the 163rd Street Shopping Center. 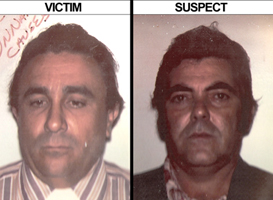 Narrative: At approximately 9 p.m., Thursday, October 10, 1974, residents of the Flamingo Trailer Park heard tires screeching and a car crashing. Two white males were observed exiting the vehicle. The victim was discovered deceased inside of his vehicle behind the steering wheel as a result of a gunshot wound. One of the two suspects has been identified as Hector Ferrera, W/M, DOB: 09/29/1925. An arrest warrant for first degree murder was issued for Ferrera, however he has never been located.

Narrative: At approximately 12 a.m., Thursday, September 26, 1974, the victim along with three other friends exchanged words with two black males in the parking lot of the 7-11 store. The two black males were standing next to a 1964 to 1966, white/blue Plymouth. As the victim and his friends drove out of the parking lot, one of the subjects obtained a rifle from the trunk of the above vehicle and shot at the vehicle the victim was riding in. The victim was struck by a projectile and expired from his wound at the hospital. 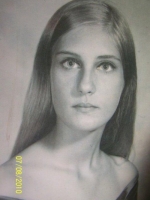 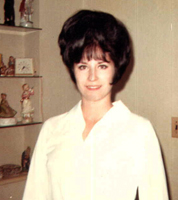 Narrative: The victim was last seen alive on Saturday, September 11, 1971 at approximately 12:00 noon when her estranged husband picked up their child for a weekend visit. The victim failed to attend a house party at 4:00 p.m., on Saturday, September 11, 1971. When the victim did not report for work, her residence was checked and her body was discovered deceased inside her residence. 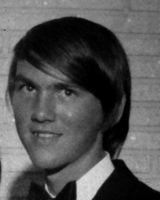 Victim: Michael West, W/M/17, and the attempted murder and sexual battery of a W/F/16, companion.

Occurred: The incident occurred between 1:00 a.m. and 3:00 a.m., on December 24, 1971, whereupon the victims were abducted at gunpoint from the Cutler Ridge Mall and transported to the area of S.W. 107 Avenue and S.W. 225 Street, Miami-Dade County, where the murder and attempted murder and sexual battery occurred.

Narrative: The victim and his female companion were walking in and around the Cutler Ridge Mall area when they were approached by three black males who forced the victim and his companion inside their vehicle. The subjects transported the victims to the area of S.W. 107 Avenue and S.W. 225 Street where the female was sexually assaulted by the three black male subjects. After the assault both victims were shot in the head. The female victim survived her wounds and alerted authorities.