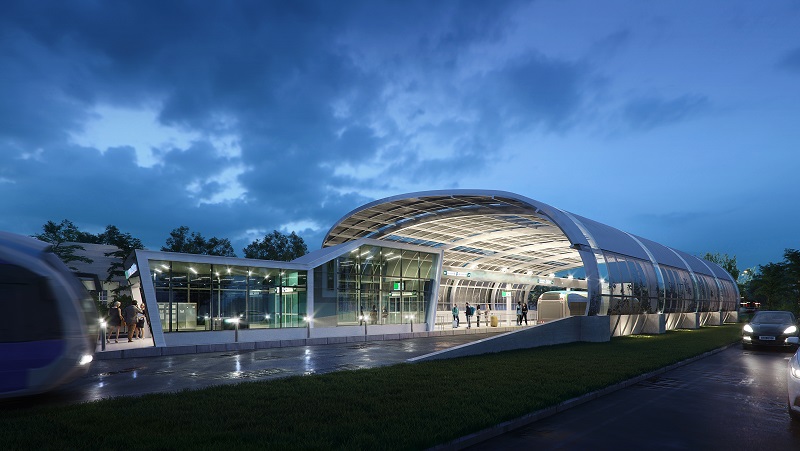 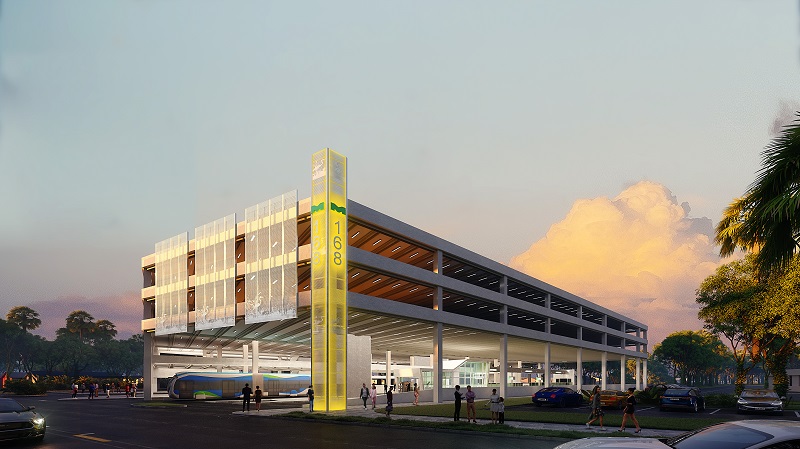 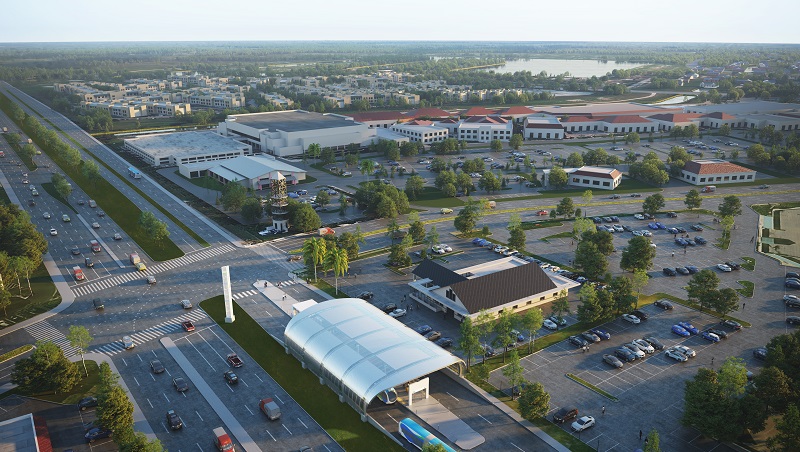 The SMART Program represents a vision for our region that is both strategic and far-reaching, creating a system of multiple transportation options by leveraging existing infrastructure, and integrating technology at the highest levels. The program is comprehensive, proactive and supports the future population and employment growth.
Coming soon! Immerse yourself inside of a virtual tour of the South Dade TransitWay.

Do you have a question or comment? Submit your feedback. 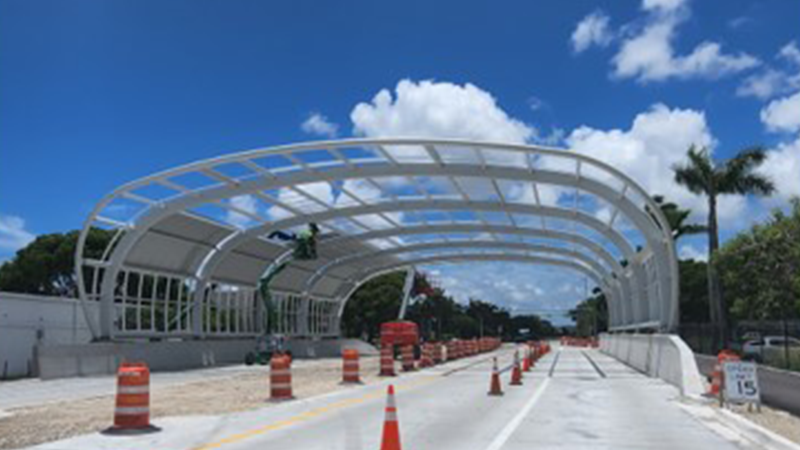 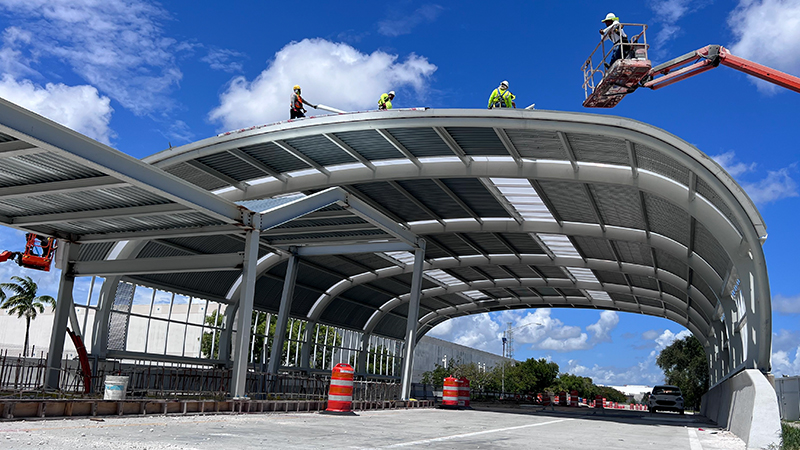 The first major component being built for each of the 13 new Bus Rapid Transit (BRT) stations is the station’s canopy.

The innovative design of the vault-like canopy will provide protection to TransitWay riders from weather elements while allowing natural sunlight to come through the roof skylights. The 13 BRT stations will also feature air-conditioned vestibules where patrons can wait in comfort. Construction of these elements is underway.

Each BRT station will also feature a 50-foot pylon, which will display the respective station names in a variety of color options. The pylons are also under construction. Once completed, the pillars will be lit and visible from the roadway marking each BRT station location.

Ongoing construction as of November 2022
Part of upgrading to a new Bus Rapid Transit (BRT) corridor is improving the access to the TransitWay at key locations. At SW 264th Street the road is being widened to accommodate the new infrastructure crucial to BRT operations including fiber for improved signal timing.

As a result, new sidewalks and landscaping are also being added.

Construction on the corridor includes improving access to the TransitWay at key locations:

The entire project is scheduled to be completed in 2024. 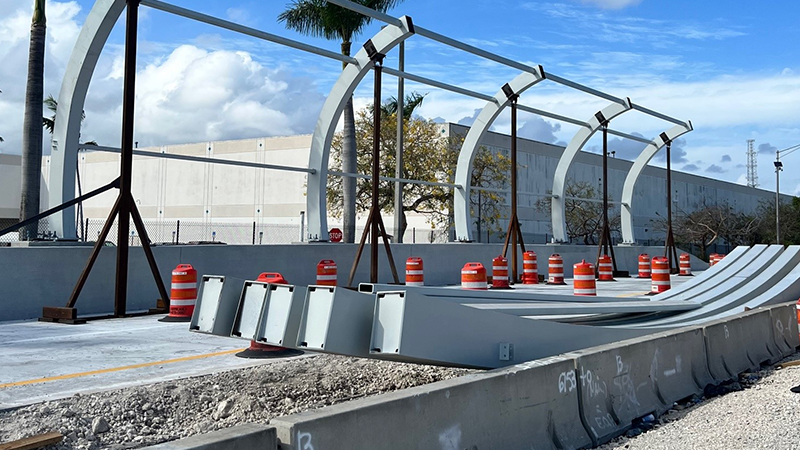 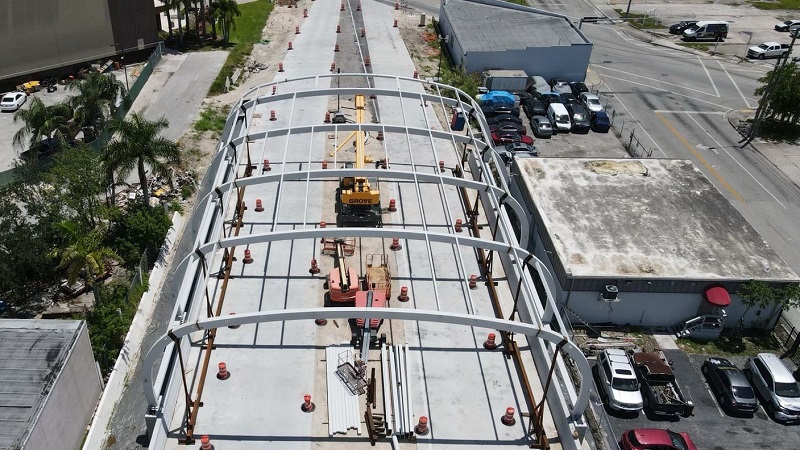 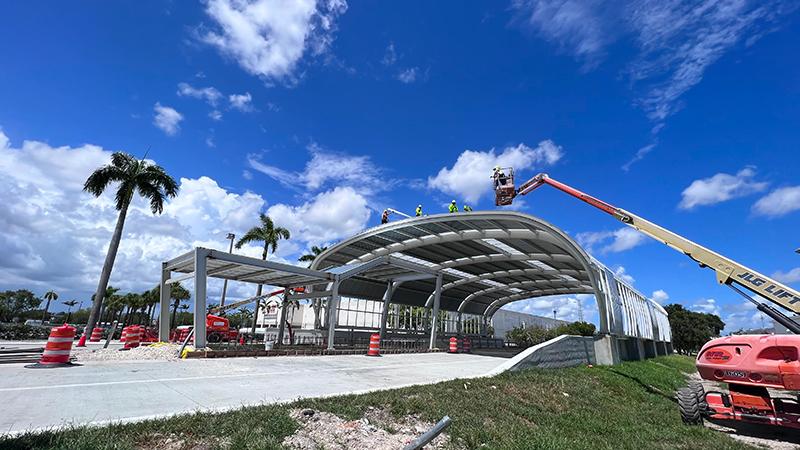 The groundbreaking was a major step forward for the South Dade TransitWay. 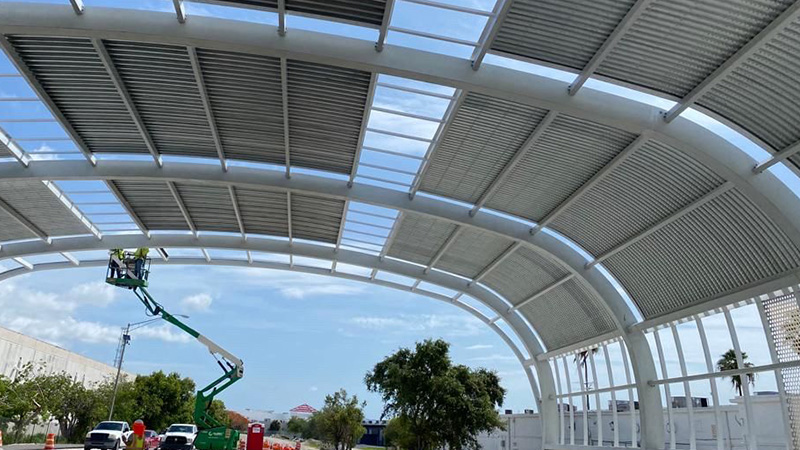 The South Dade TransitWay (South Corridor) is one the five rapid transit corridors of the Strategic Miami Area Rapid Transit (SMART) Program. The corridor runs 20-miles in length and connects numerous municipalities which represent some of the fastest growing communities in Miami-Dade County.

The South Dade TransitWay extends from the Dadeland South Metrorail Station to the SW 344th Street Park-and-Ride/Transit Terminal, and it provides a mobility connection between the Miami Central Business District and the Village of Pinecrest, the Village of Palmetto Bay, Town of Cutler Bay, City of Homestead, and Florida City.

On August 30, 2018, the Miami-Dade Transportation Planning Organization (TPO) Governing Board voted on the Locally Preferred Alternative (LPA) for the South Dade TransitWay corridor and selected Bus Rapid Transit (BRT) as the most feasible mode of transportation for this corridor.

On May 29, 2020, the Department of Transportation and Public Works received final confirmation from the Federal Transit Administration (FTA) for the County’s funding request of $100 million for the South Corridor Rapid Transit project.

On February 2, 2021, the County issued Notice to Proceed to the contractor to begin the Design-Build Services for the South Dade Transitway Rapid Transit Project.

Once completed, BRT will provide rail-like travel time, iconic stations, level boarding through all doors, and pre-paid fares for speedy access. BRT will also provide enhanced safety features and other upgrades along dedicated lanes with multi-layered service lines on the TransitWay.